I started writing in my teens, poetry and lyrics, was briefly in a band, wrote some songs, developed prose and wrote numerous short stories and a few novels. Somewhere along the way though, the writing was left behind. 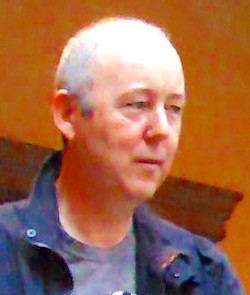 Move on, twenty-odd years, to the latter part of my fourth decade on the planet, and the creative impulse returned. These Books and my website then, are my panacea for a lengthy bout of writing procrastination. As I edit and publish more of my original, and more recent endeavours, I am adding new and exciting stuff also. It is great to be in creative mode again! Look out for more books coming soon. I have also been writing music again, mainly instrumental, and creating videos for these music tracks. So I have music, as well as words available on Amazon. My music can also be heard also on Spotify and Youtube, have a listen when you can.

Stevie Mach is my pen name, an abridged version of my real name, Stephen McConnachie. In my normal everyday life, when not being creative, I work for the local authority, I live and work in central Scotland, and muddle along, much as most people do.

Available below at Amazon.com

Available below at Amazon.co.uk